In addition to the well-documented relationships between arsenic exposure and lung, skin and bladder cancers, recent research has linked arsenic exposure to the development of cardiovascular diseases such as hypertension.  Researchers have also documented adverse impacts of acute and chronic arsenic exposure on a range of cognitive functions in adults, including learning, memory, and concentration, as well as peripheral and central neuropathies.  Funded in part by the SBRP, Dr. Joseph Graziano, Program Director of the Columbia University SBRP, is investigating whether arsenic exposure via drinking water is associated with diminished intellectual function in children. 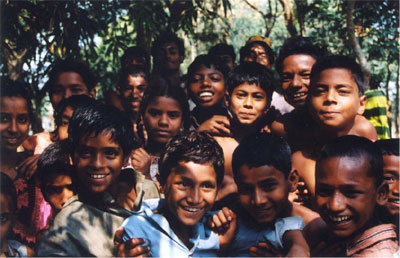 The interdisciplinary research program at the Columbia University SBRP includes health, earth and social scientists working collaboratively in Bangladesh to understand and mitigate the health issues arising from arsenic exposure via drinking water from tube wells.  Dr. Graziano's study is the first of its kind to examine whether arsenic, like lead, may have adverse effects on cognitive function in children.  Dr. Graziano's research team has completed a cross-sectional investigation of intellectual function in 201 ten year-old children in Araihazar, Bangladesh.  For this population, well water arsenic concentrations ranged from 0.1 to 790 µg/l.

Children and their mothers came to a field clinic in Araihazar, where the children received a medical examination including measurement of weight, height, and head circumference.  All of the children provided urine specimens for the measurement of urinary arsenic and creatinine, and were asked to provide a blood sample for the measurement of blood lead and hemoglobin concentrations.  The researchers interviewed parents to obtain information on each family's primary source of drinking water; parental age, education, and occupation; and child birth order.  Maternal intelligence was assessed with Raven's Standard Progressive Matrices, a nonverbal test relatively free of cultural influences.  The scientists evaluated social class using questions about whether their home included a television and the type of roofing on the home. 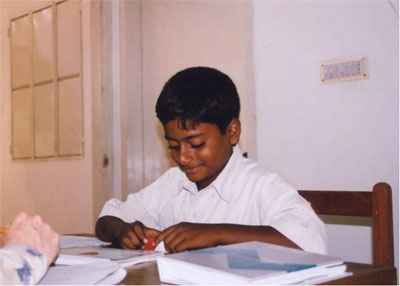 The children's intellectual function was assessed using a culturally modified version of the Wechsler Intelligence Scale for Children, version III (WISC-III), which provides a Total Score, a Verbal Score, and a Performance Score.  The Performance Score reflects visual-motor functioning, which is the domain of function known to be particularly adversely affected by lead.  Because the WISC-III has not been standardized (i.e., "normed") in Bangladesh, which would require testing of many thousands of children across the country, Graziano's team could report only raw exam scores, rather than traditional IQ scores.

Dr. Graziano’s team determined that water arsenic concentration is significantly and adversely associated with child intelligence in a dose-response manner, with particular impact on the Performance Score.  Importantly, the researchers found that children with water arsenic concentrations greater than 10 µg/l performed significantly more poorly than those with less than 10 µg/l, providing additional support for the recent EPA ruling to lower the Maximum Contaminant Level (MCL) for arsenic in drinking water.   The Columbia University scientists are now conducting additional studies in younger (6 year-old) children in Bangladesh, and are planning a study of U.S. children.