Polychlorinated biphenyls (PCBs) are among the most ubiquitous and persistent contaminants in the environment. Complex mixtures of PCBs, including the commercial PCB mixtures once used by industry and their natural biodegradation products, have been detected in soil, sediment, and/or water at many Superfund sites. PCBs can alter signal transduction cascades, leading to diverse functional changes in a variety of cell types, ultimately resulting in behavioral impairment, enzyme induction, and alterations of the immune system. There are 209 possible PCB compounds - each containing a unique chlorine substitution pattern on ten possible locations around a biphenyl ring. This structural diversity complicates efforts to define the biological mechanisms through which PCBs impact human health, assess the risk of exposure to these compounds, or to design of remediation strategies to clean up PCB-contaminated sites. 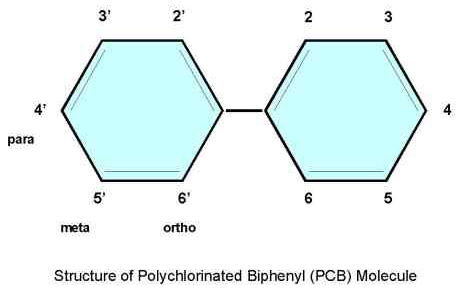 There are two general classes of PCB chemicals - coplanar (the two phenyl rings lie in the same plane) and noncoplanar (the phenyl rings lie in different planes). The two classes cause different sets of biological actions, which lead to different biological effects. Coplanar PCBs mediate their effects through binding to the Ah-receptor (AhR), eliciting responses similar to those observed for the highly toxic dioxin compound 2,3,7,8-tetrachlorodibenzo-p-dioxin (TCDD). Researchers in the Michigan State University (MSU) Superfund Basic Research Program demonstrated that non-coplanar PCBs can influence the activity of neutrophils (a type of white blood cell) through mechanisms unrelated to the Ah-receptor, resulting in biological impacts such as neurotoxicity, stimulation of insulin release, and effects on neutrophil function. (Refer to Research Brief 42). The MSU researchers continue to examine the mechanisms by which PCBs alter neutrophil function. Their work strongly suggests that PCB-induced alterations in neutrophil function are mediated primarily, but not solely, by AhR-independent mechanisms. The knowledge gained from these studies is applicable in the design of strategies to reduce the harmful effects of PCBs on the immune system by administering chemicals that may block toxic effects at one or more molecular sites and act as antidotes.

The information from the MSU research points to the need for more accurate health risk assessment related to human exposure to PCBs. At the present time, only those components of a PCB mixture known to act through the Ah-receptor mechanism are considered in risk assessment. There is mounting evidence, including that provided by the MSU researchers, that the actions of non-Ah-receptor binding PCBs should also enter into the risk assessment process. The MSU scientists have also identified possible synergistic, antagonistic, and additive toxic actions from non-Ah-receptor binding PCBs. These mechanisms should be considered to improve the accuracy and scientific validity of risk assessment.

Risk assessment of PCBs and other organochlorine (OC) contaminants (e.g., dioxins and chlorinated pesticides such as DDT) is further complicated by the simple fact that there are so many organochlorine compounds. It is just not feasible to conduct toxicological evaluations on all the known organochlorines to assess their impacts on neutrophil function. To address this issue, MSU researchers tested the hypothesis that OC compounds that activate neutrophils share common structural features. If true, knowledge of the shared molecular structure and the associated biological activity of OC compounds would allow the development of structure-activity relationships (SARs). These relationships can be applied to predict the activity of unknown related compounds and can provide valuable information for risk assessments.

The MSU researchers built on their previous finding that PCBs activate neutrophils via activation of phospholipase A2 (PLA2) which mediates a series of complex biochemical mechanisms to induce superoxide anion generation and degranulation. 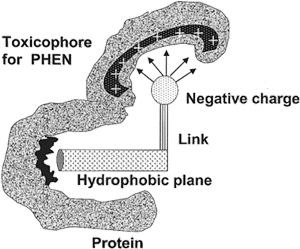 The MSU approach simultaneously considers both topological and electronic features of the molecule. The unique three-dimensional method used in this study highlights the possibility of similar biological activity among OC compounds for which structural similarity is not obvious from two-dimensional rendering. The identification of PHEN in active OC compounds of different homologous series suggests that this may be a useful model for searching for compounds with the capacity to impact neutrophils.